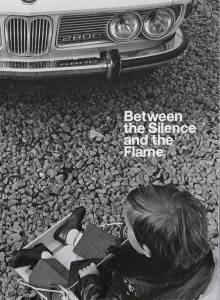 BETWEEN THE SILENCE AND THE FLAME
Allan McDonald

“The Silent Generation is defined by people born between 1925 and 1945, who had come to maturity as I was growing up. Raised under the dictum of being seen but not heard, and affected by war and economic depression, they have been described as focused on financial security and more politically compliant than other generations. Putting aside the problematics of generational stereotyping, by the time I reached the age of 18 the silence was not so loud and multiple voices of diversity and dissent were becoming more audible. These photographs, made over the three year period from 1970 -72, came from my attempts to understand the changes going on around me, and was an attempt to document the tensions I observed.” Allan McDonald 2016