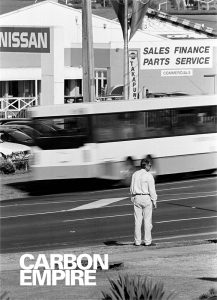 Carbon Empire works in the space between art and documentary photography.

It combines a short series of staged photographs of a ‘man in the street’ made in 1997 with images of closed petrol stations photographed between 2003 and 2017.

Carbon Empire is a juxtaposition of these two series of photographs and a single image, made by chance in 2002.

The closed petrol stations reflect the effects of petroleum law changes across New Zealand. In 1988, the petroleum sector became deregulated, with the large international wholesalers able to control pricing at both refinery and pump. The small independent retailers (often family run businesses) found it increasingly difficult to survive in an environment too easily manipulated by economies of scale and the politics of supply. The inability to compete led to the closure of many petrol stations that attempted to operate as independent businesses.

The poignancy of that situation is both underscored and made more complex by society’s move way from fossil fuels and what could be the end of an era. 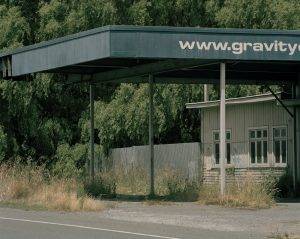