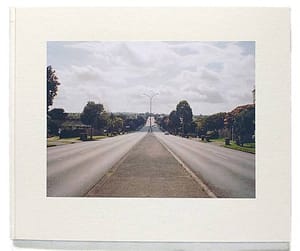 Published by Rim Books in association with Uxbridge Art & Culture.

Early Polynesian navigators gave names to the places they encountered as a reminder of the spiritual threshold between creation and reality. This was because they regarded the ideas of geographic and spiritual origin as mutually similar. Whenua Fonua ‘Enua explores the significance of name and place and the importance of these indicators that connect us to our past and highlight the characteristics of our present. Through new paintings and this companion publication in collaboration with Brendan Kitto, the exhibition draws the viewer into a conversation about the way in which history is written onto a landscape, as people remember and retell stories of what has taken place and imagine what could be.

Benjamin Work is an Auckland-based visual artist of Tongan (Tu‘anekivale) and Scottish (Shetlands) heritage. Raised in the Eastern suburbs of the greater Auckland area with a solid grounding in aerosol art, his initial creative output centred around sub/pop cultures that emerged from North America. Since then, Benjamin has developed a bold visual language based on kupesi (patterns) as a result of viewing rare Tongan artefacts contained in European museums namely Tongan war clubs which carry an elegant and complex semiotic language. His diverse practice reflects the ‘here and now’ and situates it in a very contemporary Auckland context.

Brendan Kitto as a teenager in the mid-1990s, expanded from being a skater and graffiti artist to also documenting what he perceived as the important youth culture. His need to document process and happenings, capturing a time and place, became his point of difference in graffiti photography. Kitto’s urban popular culture and fashion photographs has been published and exhibited in group and solo shows. His respect to the past and moving forward with the future, Brendan embraces medium format, 35mm film and digital photography. In this book, Brendan documents the places of polynesian significance in the Eastern and South Auckland suburbs/ Tāmaki Makaurau in the Whenua Fonua ‘Enua exhibition, as well as the working process of Benjamin Work towards his installation at the Uxbridge Malcolm Smith Gallery.

Both the exhibition and the publication explore the area, detailing the idiosyncratic markers of Work and Kitto’s remembered youth. Through exploring memories of their formative years and looking further into the history that came before them, the artists have captured a contemporary living history intertwined with their suburban stories.