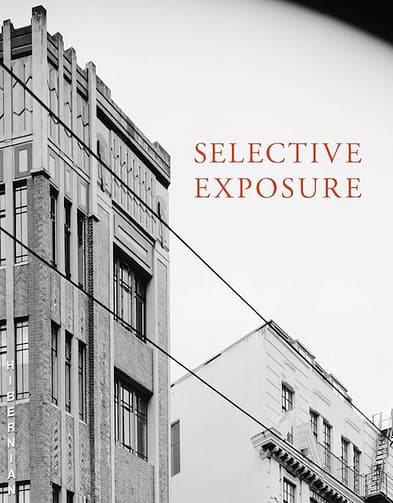 Reflecting back on the last quarter century, so much has changed. Technologies emerged that fundamentally altered the way we do things, the methods by which we gather and disseminate information, how we communicate. The  exhibition (and this catalogue) considers notable technological restructuring of photography from the analogue film medium to the digital processes, that now dominate the industry. (Photoshop 1.0 was launched on 19th February, 1990). Less perceptible, but perhaps more important are shifts in values attached to things and ideas, like art, education, institutions and their ideologies.

This catalogue samples images from recent projects by photographers who have graduated over the past 25 years from New Zealand tertiary art education, and who majored in the specialist medium of photography. All photographs were created with analogue film technology and loosely fall into the field of extended ‘documentary’, with subjects carefully sought from specific environments of the photographers’ choosing.

The selection is not an attempt to suggest a collective attitude, or a stylistic manifesto. Nor is this an attempt to weave a larger narrative using the threads of individual pursuits. It was based on a question:

why such a seeming anachronism as film photography is still consistently used by a diverse range of graduates from different New Zealand art schools and over such a long period ?

This is the catalogue of the exhibition with all photographs in the show reproduced – with an essay by Haruhiko Sameshima.

Featuring the works of:

Catalogue and exhibition was produced with an assistance from Creative New Zealand.